John and Alison had lived in a high set home for 36 years but now reaching retirement age, with Alison requiring knee surgery and a close family member who needed wheelchair access, it was time for a home that better suited their lifestyle.

They chose Martin Locke Homes as their builder and say they have never doubted their choice for a minute.

Q: Why did you choose Martin Locke Homes as your builder?

Alison: We originally chose Martin Locke Homes because we needed a custom home for this particular block and because we were never convinced the other builders could build a house fully without steps. We I wanted it completely flat in case we need to use a wheelchair or anything like that.

So we chose him for that reason, because we knew he builds step-free homes. Even though we were aware that it might not be a completely cheap build, I believe you get what you pay for and we knew Martin would do the best job.

John: Even Martin said to us “I’m not the cheapest builder” but he’s not out of this world either. He’s a reasonable price for what you’re getting. For the quality of what we received I think we got really good value for money.

Q: How would you describe working with the MLH team during the build?

Alison: Having run a business of our own for almost 40 years we appreciate that Martin and the team have done their very best to give us what we want, even though at times some things just aren't possible. I think he’s one of the few builders around that are prepared to go that extra mile for their clients.

We really loved the fact that if there was any question about a particular aspect of  the job, they’d come to us and ask what we wanted, right throughout the whole build. Whereas we’ve had our neighbours tell us that after a while their builders stopped communicating with them.

John: We're really happy with our building experience. We speak with our neighbours and they’ve all had so many problems with their builds. One said to us that they were watching the roofers putting the insulation under the iron on our home and noticed how fussy they were, whereas with theirs you could get up in the roof and see there were big patches where you could see the iron. And they actually got the roofers to come back and fix theirs. 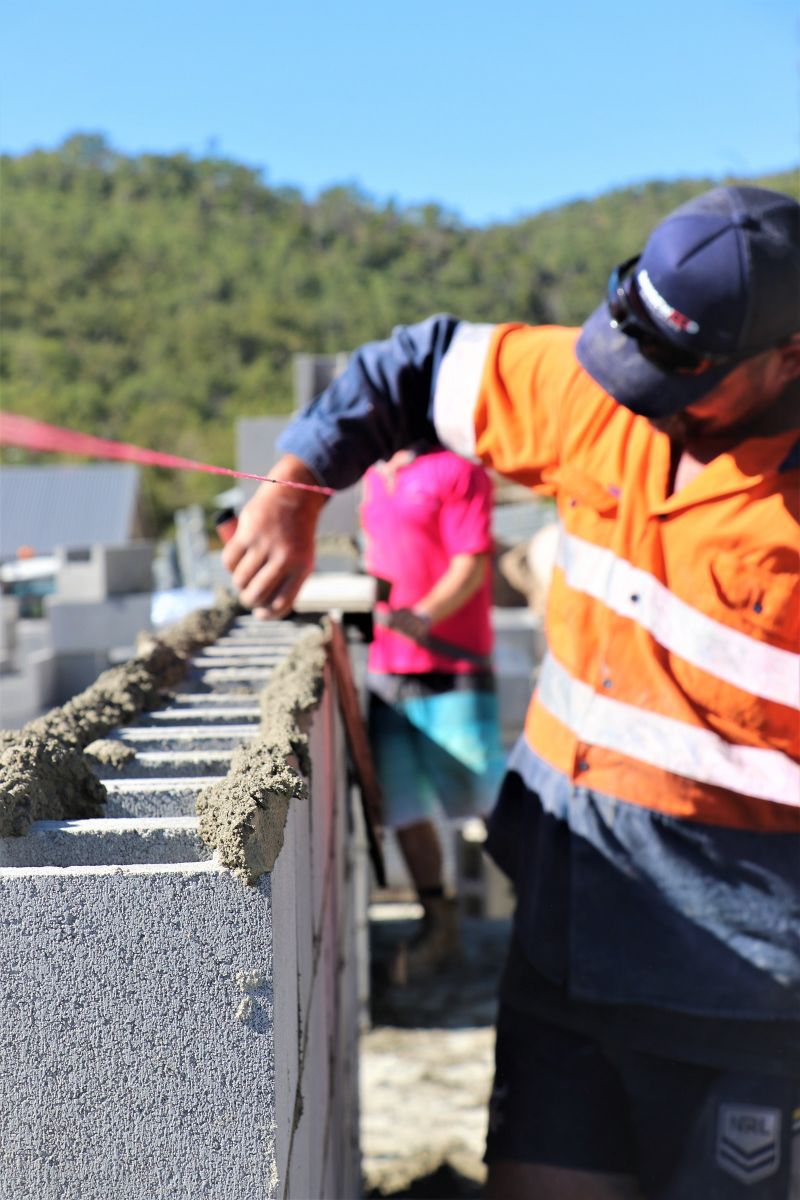 Q: How would you rate the quality of the finish on your home?

John: When you get his contractors saying they’d like Martin to build their houses, that says it all.

We didn’t want to build a first home buyers house, this is a retirement house, we’ve worked hard, had our own business for almost 40 years and this exceeds our expectation for quality.

Alison: I think the contractors realise the quality of MLH homes and even the carpenter that build the deck has said that we’ll have no trouble selling the house if we need to because of how well it’s built.

We’ve used MLH contractors for any extras we've done outside the contract like the deck and some extra concreting. We wanted to use the trades Martin uses because we know that he expects quality, so we know we’ll get quality to continue the finish.

There are things that Martin and the team do that make their homes stand-out, like the driveway – that’s the MLH mix, and just different things that Martin likes to do that show that his business did the job, including the accessible features.

Q: Why was accessible living so important for you?

Alison: I have had to have a total knee replacement. We actually moved in about ten days before my operation.

I had decided prior to moving that we have all of our retirement to unpack and set things up, so if it didn’t get done for a month or two months or three months well it didn’t matter. But it was important that I was able to get around inside the home during my recovery and the step-free design was perfect for that.

We had 14 stairs into our previous house at Home Hill and at our age they were becoming an issue. If I had a big load of groceries to bring up the stairs it was a very slow process and also going downstairs to do the laundry. It’s one of the reasons we moved, plus my husband’s had his eye on this area (Elliot Springs) for about 20 years because he knew the development was coming.

We’ve put in a timber removable ramp in the garage so that it can be taken out if required and this allows my sister, who is vision impaired and uses a wheelie-walker, to come and visit safely and easily. She just couldn't come over to our old house. 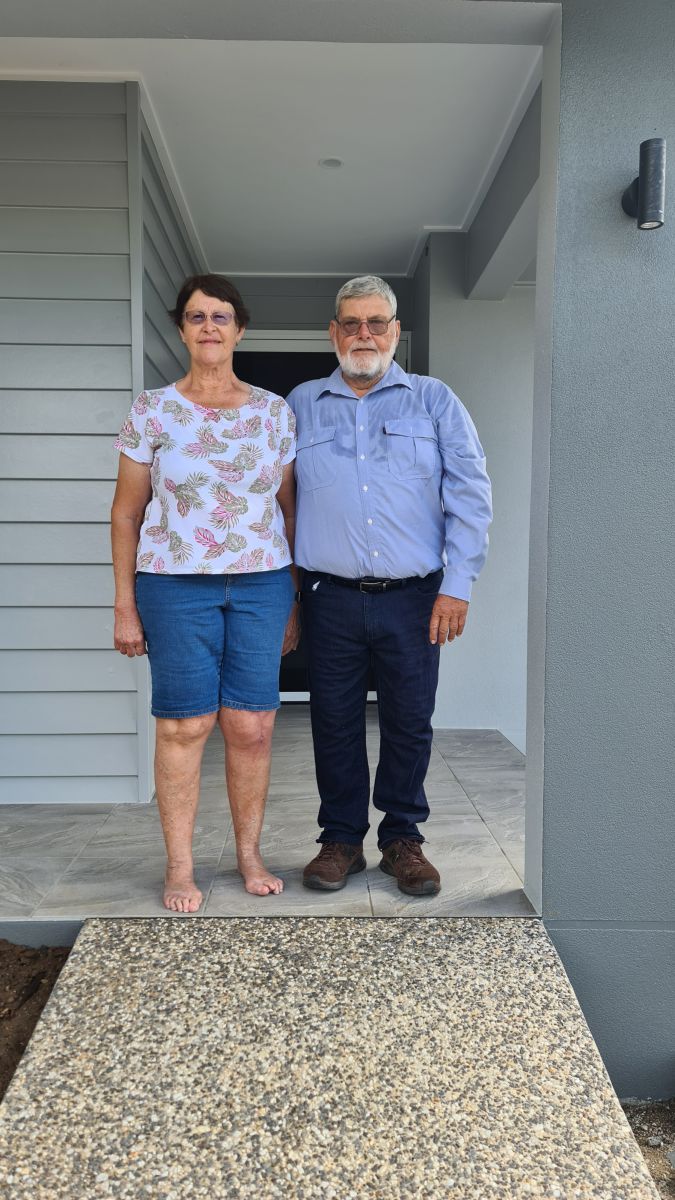 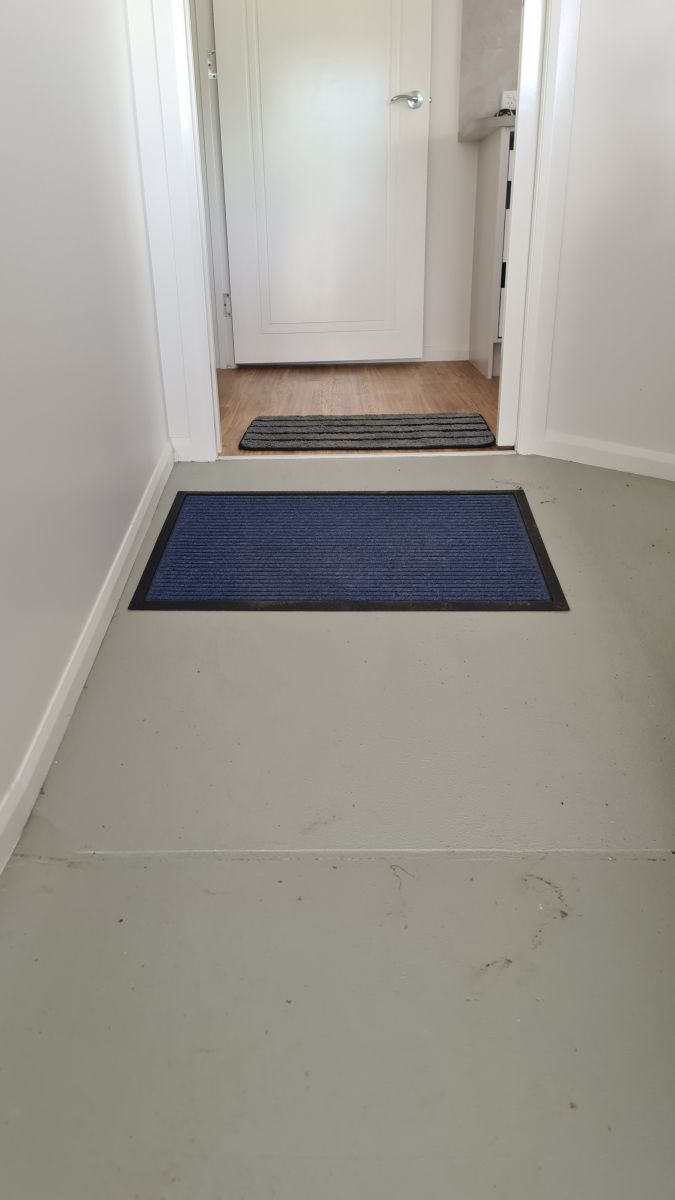 John: It doesn’t look like an old-people’s home, it just looks like a regular house but it has so many accessible features.

We’re hoping to live here for 25 - 30 years. It’s already proved that it’s safe for wheelie walkers through Alison's recovery and we may well end up on those later in life. It’s also wheelchair accessible if we need too, we’ve already got grab rails and we've got the wide hallways and doors and no trips in the showers.

The house is a fair chunk of our retirement savings so we had to think about saleability. That’s the trouble with our old house in Home Hill; we could have spent at least $200,000 doing it up and putting a lift in and building a shed and it would have improved the value of the house by 10 or 20 thousand dollars, which is not a good rate of return.

Q: What other features do you like best about your new home?

John: There’s about 130m2 of shed space included under the roof that just looks like the house. I wanted a shed space because I’ve got a lot of old motorcycles that I want to restore, it's my passion. I’ve still got a third of a shipping container of parts down in Home Hill I’ve got to cart up. 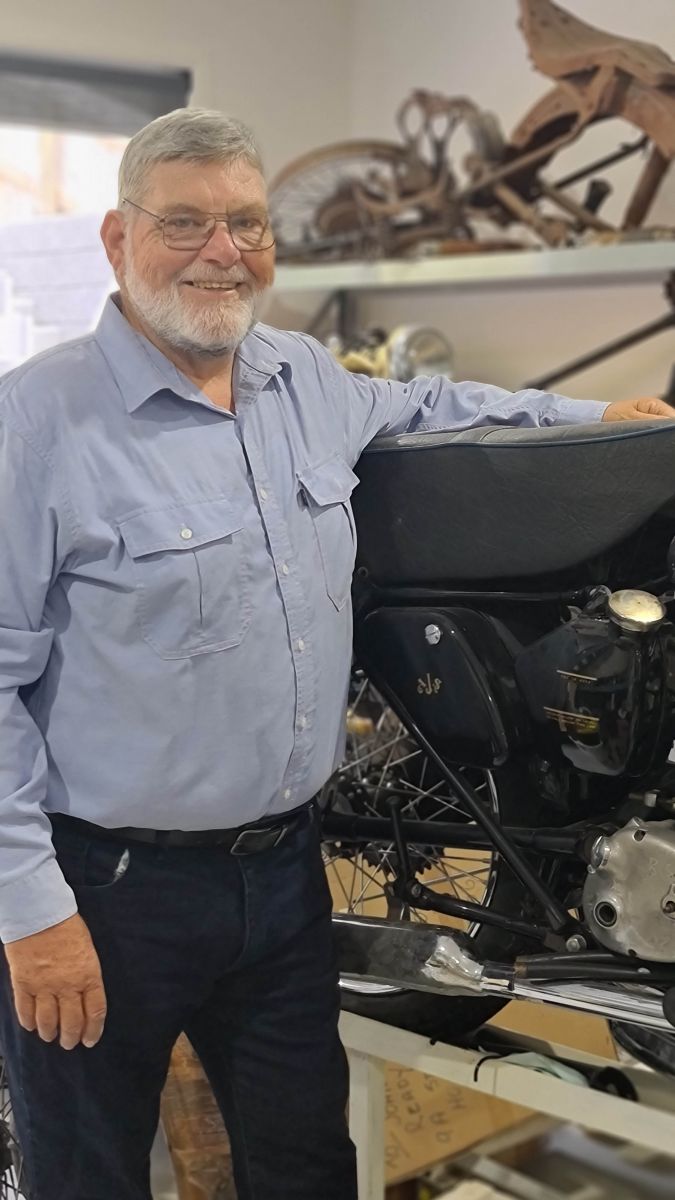 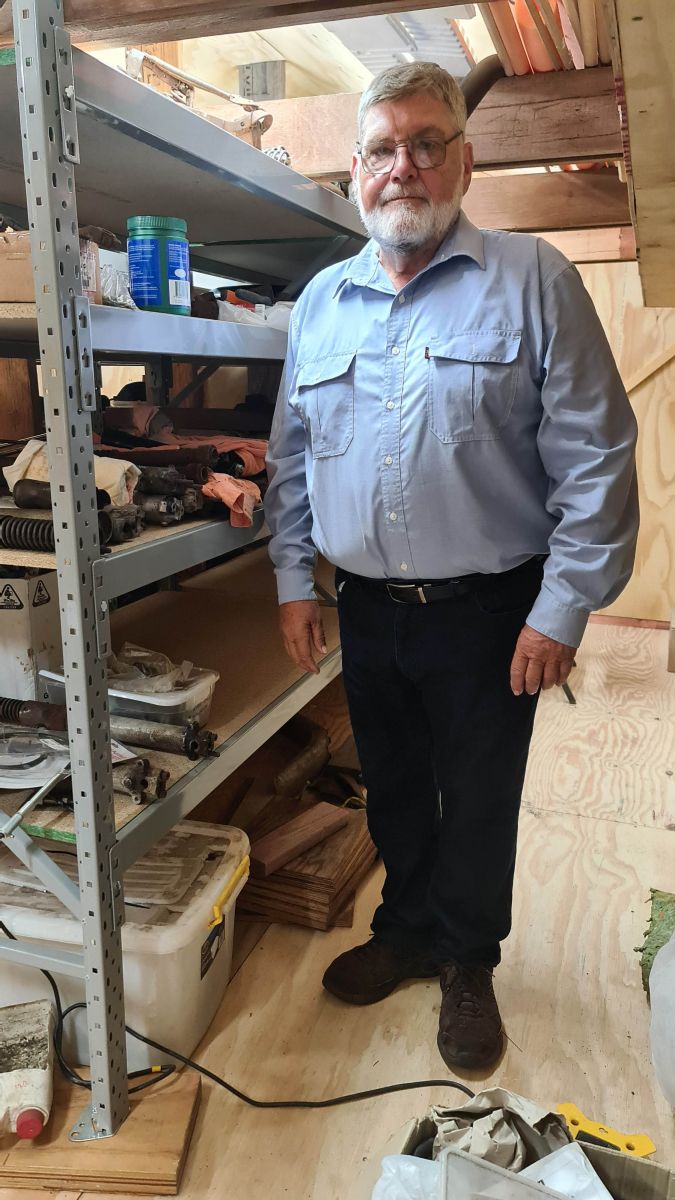 We wanted a house that looked right, the covenant says no sheds. So we’ve got the shed space at the back of the home but still inside. If we sell it or our kids have got to sell it, the home can be adapted to have more bedrooms or living space and/or the shed space is a selling point in itself.

Alison: Our deck is so relaxing in the morning. This morning we had wallabies out, and we often sit and watch the birds so it’s an extended morning smoko cuppa-tea time. We get to sit here and watch the neighbours pack up and go to work and school and give a wave.

Some of the features in the house will just take me a while to get used to because it’s very different to what I had in Home Hill, but I think a lot it is just a matter of changing the way I do things. We were in the old house for 36 years to so I’ll need to form some new habits. 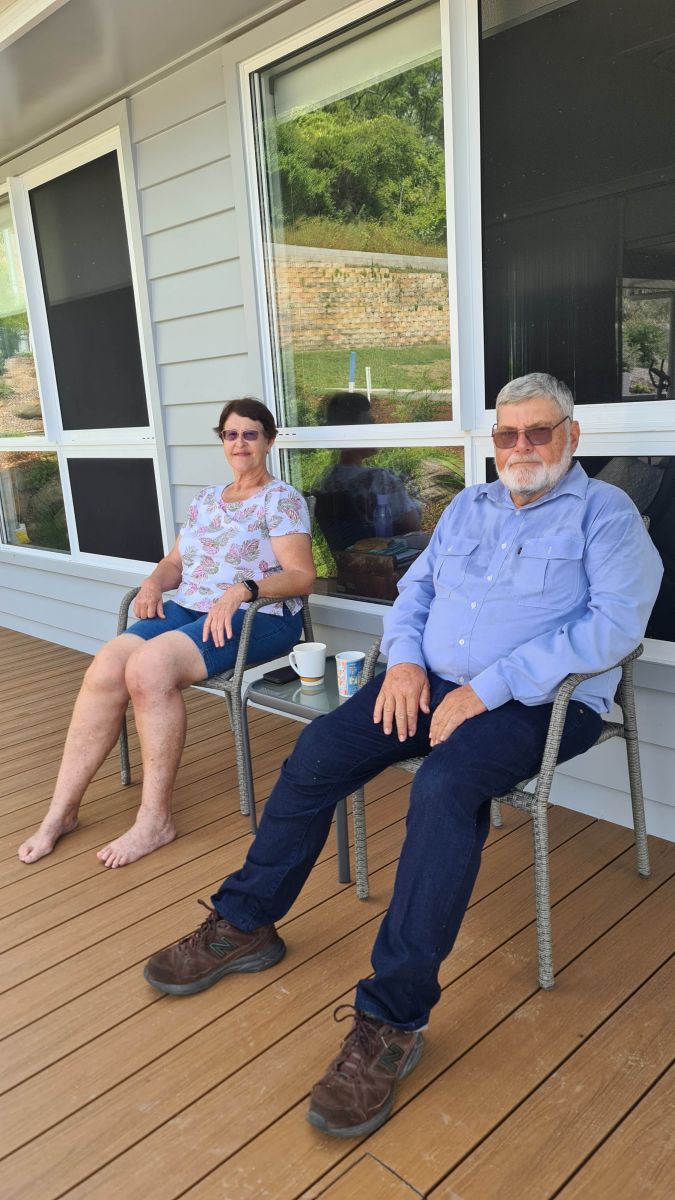 Q: Would you recommend MLH to others looking to build?

Alison: For custom homes absolutely! He’s probably the best builder that you could get in this area from all the feedback and comparisons we’ve had from neighbours.

I love the MLH process in that the team communicates with their clients and also, the after-construction service is second-to-none. John (Construction Manager) has already been back to see us and I can email and say I’ve found this little thing or that.

They allow 12 months after the house is built to fix any little issues. Well, I don’t know how many other builders do that. And that’s all built into the cost.

So perhaps it may seem a little bit dearer to build the home, but you’re getting all these extra services that are well worth what you’re paying, so we definitely recommend MLH to others.